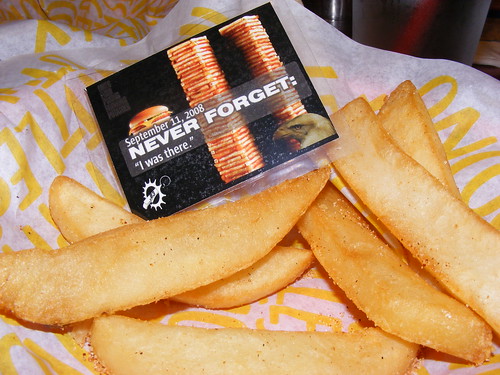 we had piles of trouble with the red robin staff this year but still managed to get 4 people up to 8 baskets. we had 4 final baskets and 4 finalists. Henry almost clinched it but was the first of the four to bow out. after being thrown out of the restaurant we continued on the sidewalk outside. took a few minutes and chase had to drop out because he vomited all over the sidewalk. scottr and keylimeryan battled it out in a war of attrition. as scott kept shoving fries in and keeping them in his mouth keylime finally bailed. scottr won and then instantly vomited.

Hours and miles later, I’m still puking. Time to give up and metabolize.