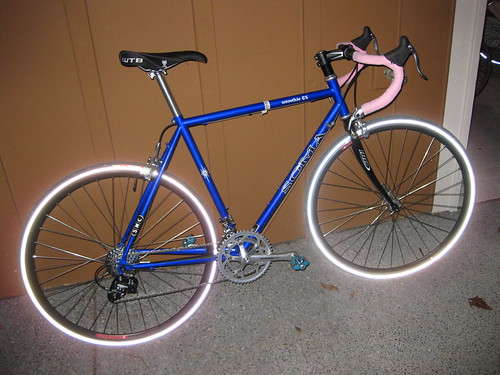 A couple months ago, I decided I would learn how to build a bike. The idea of what kind of bike I wanted evolved... a lot:

In short, I had no idea. Furthermore, I barely knew how to maintain the bikes I already own. Clearly I needed to figure some things out.

On the recommendation of quite a few friends, I stopped by Wright Brothers Cycle Works. And then signed up for a Basic Maintenance class. I figured I could learn from the top down (repair) at the same time I learned from the bottom up (building).

I met Charles. He’s been teaching everything about bicycles for 30 years. One friend accurately described him as, “the bike whisperer.”

Charles taught. Hanging out in the shop also provided ample opportunities to learn.